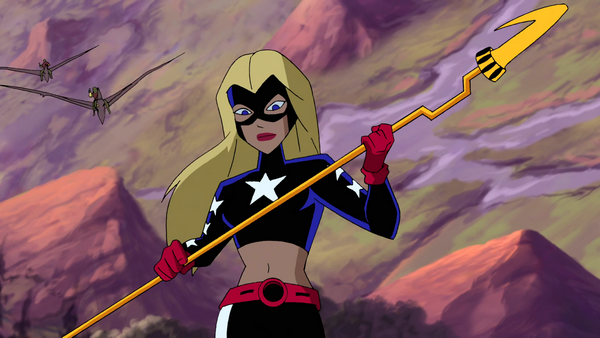 Superhero movies have always called your name; you love the big explosions, daring rescues, and jaw-dropping powers that drive these films. Sometimes you want the thrill of a superhero movie, but you don’t have enough time for a feature film after work. Fill your need for action, adventure, and heroes by catching DC’s new series Stargirl.

Longtime fans of DC are familiar with Geoff Johns, who serves as the show’s executive producer. He created the hero Stargirl in 1999 in honor of his sister, and thanks to his work on the show, it carries echoes of his other work with DC Comics.

The show also centers around the conflict between the Justice Society of America and its collection of enemies, the Injustice Society of America. Beginning 10 years after the ISA stormed the JSA’s headquarters and killed most of its heroes, Stargirl explores these familiar forces’ rejuvenation. Watch out for your favorite supervillains, including Icicle, Brainwave, Eclipso, Tigress, and the Shade.

If you’re not a die-hard DC fan, there’s still plenty of content for you to enjoy, especially in the show’s new characters. Stargirl, also known as Courtney Whitmore, has appeared in comics and shows before, but she takes center stage for the first time. She’s joined by a new generation of superheroes, including her friend Wildcat II, a boxer with the alter ego Yolanda Montez. Doctor Mid-Nite II, generally called Beth Chapel, is another of Stargirl’s friends who feels rejected until she discovers her powers.

Stargirl features a combination of new, rising, and old talent. Brec Bassinger steps into the title role, and while she has been on shows such as Bella and the Bulldogs, this is her biggest role so far. Other rising stars include Anjelika Washington, Yvette Monreal, Trae Romano, Cameron Gellman, Meg DeLacy, and Jake Austin Walker.

These young actors and actresses are balanced by experienced professionals such as Luke Wilson, who plays Stargirl’s stepfather Luke Dugan, and Amy Smart, who plays her mother. Nick Taraby plays the major villain Eclipso, and Neil Jackson delivers a chilling depiction of Icicle, the ISA head. Stay alert for special appearances from stars such as Joel McHale and Jim Gaffigan.

Stargirl begins with the world of heroes in shatters; the JSA has fallen and no one has picked up Starman’s Cosmic Staff or taken his place. Courtney Whitmore doesn’t know it when the show begins, but her stepfather is actually Stripesy, Starman’s sidekick and one of the few survivors of the ISA attack. Stripesy hides the Cosmic Staff in their basement, where Courtney discovers it while recovering from a trying first day of school. Once Stripesy accepts Courtney’s ability to take Starman’s place, they begin to find other heroes to combat the ISA’s growing threat.

When you need to satisfy your itch for superhero movies but you don’t have hours to kill, check out DC’s Stargirl. The first season is available for streaming on The CW, and the second season will premier on August 10, 2021.

SURPRISE YOUR BOYFRIEND WITH AMAZING GIFTS OF ROSES ON SPECIAL OCCASIONS